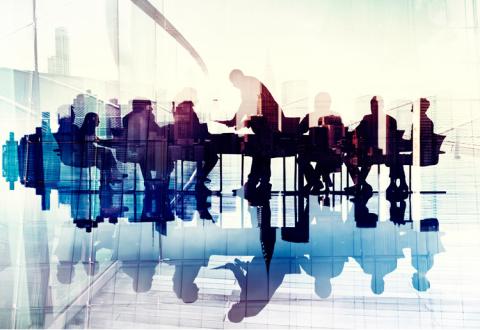 I’ve noted before (2) the disturbing trend of intellectuals–some even libertarian or free marketeers—advocating taxpayer-funded “medical innovation prizes” to supplement or replace the current patent system—e.g., Alex Tabarrok’s support of an $80 billion/year “medical innovation prize fund”, and similar proposals by others, including Joseph Stiglitz and Forbes.com.

Now, on Cato Unbound, one “Dean Baker” has his own proposal:

I do not support a prize system …. A prize system would preserve what I see as some of the worst problems of the patent system, most importantly encouraging secrecy in research. … My ideal system would be a system in which the government allocates a pot of money (@$30 billion a year–approximately equal to private R&D in the pharmaceutical sector) that would be awarded in long-term contracts to a relatively small number of master contractors. For example, there can be 10 master contractors getting grants of roughly $30 billion each spread over 10 years.

Of course this is not a perfect system and there may well be better alternatives, but the point is to get the discussion started. … Perhaps a progressive-libertarian alliance can force economists/policy makers to take this issue seriously.

I think you’ve got the conversation started, buddy. Congratulations! Now, can you leave us the hell alone?

Update: Will Wilkinson, in Dean Baker on Libertarians and the Fight Against Corporatism, discussing the interchange between Dean Baker and Tim Lee, gushes, “the extent of overall agreement really is pretty impressive, and promising.” Dissent!

Update 2: Cato’s Tim Lee writes: “I can’t agree with Baker that all copyright and patent monopolies are illegitimate. Copyright and patent protections have existed since the beginning of the republic, and if properly calibrated they can (as the founders put it) promote the progress of science and the useful arts. Like any government intervention in the economy, they need to be carefully constrained. But if they are so limited, they can be a positive force in the American economy.”

Update 3: On HuffPo, Baker ridicules DC intellectuals who favor the bailout, in How Do You Make a DC Intellectual Look Less Articulate Than Sarah Palin Being Interviewed by Katie Couric? Not a bad piece, but his anti-bailout credibility is undermined a bit by advocating $30B of state funding to promote innovation!

Update 4: As noted in Fritz Machlup, U.S. Senate Subcommittee On Patents, Trademarks & Copyrights, An Economic Review of the Patent System, 85th Cong., 2nd Session, 1958, Study No. 15, , proposals for systems of prizes to innovators and inventors have been around a long time. For example, such systems have been proposed or put into place by James Madison in 1787, Russia in 1834, the Soviet Union in 1931, and by Michael Polanyi, whose views on tacit knowledge and spontaneous order influenced Hayek, in 1944.

Stephan:Though we may disagree for different reasons, I absolutely agree with you that paying for pharmaceutical research with government money is a giant step in the wrong dimension…into an alternative dimension even.

Stephan, if you oppose research prizes, public research funding, and patents, how do you suppose pharmaceutical research will get done? Or are you indifferent to the possibility that it might not?

If prizes are as good an idea as some people think they are, and if the general populace will be as happy to fund them as those same people think they should be, then a free market (without monopoly) will provide a means for people to fund prizes.Funnily enough, such a mechanism is precisely what I’m working on. 😉

“Progressive-libertarian alliance” ??? I don’t even know what that means. I can’t see how there can be any alliance on something like this. I can’t call anyone that supports stuff like this a libertarian.

It is a mild joke to me how these people just throw out gigantic numbers and then don’t understand how out of control spending has gotten. $30 billion? That is 600,000 times the median household income in the United State.

We Libertarians are the first to point out how Socialists formulate governmental policy on pie-in-the-sky ideals that are unrealistic and detached from the realities of human behavior. There is a reason for patent and copyright protection, namely the “protectionâ€ it gives an individual/company while their idea has a chance to get to market. Taking away this protection under the assumption that all is fair and no one will take advantage of others is a similar miscalculation of the human condition.

The free market ideal is not a proposal for a “free-for-all law of the jungleâ€ scenario. It is a disciplined ideology that recognizes that your rights begin and end where they criss-cross the rights of others. Without intellectual property rights, then there is no way of making illegal for another individual or company from literally stealing your intangible property. While the current patent and copyright system doesn’t prevent theft, it does build the legal basis for those property rights. They are the “deedâ€ to your intangible property.

Since when do Libertarians believe that there should be no property rights? Intellectual or otherwise? A “self-governmentâ€ ideology is nothing without property rights, even if that property isn’t tangible. Wasn’t the lack of property rights the ideology of the Socialists?

A.E., IP is an issue on which libertarians are divided. The Cato and Ayn Rand institutes are generally pro-IP; Mises Institute seems to oppose IP. Opponents of IP tend to reject the idea of intangible property.

Caveman, we are an “idea economy”. Take away the property rights to those ideas, and you not only destroy the incentive for small and independent inventors to venture out with their ideas, but you make it more likely that larger companies will be secretive about their work.

Why should a person working out of their garage trust anyone with their ideas if there is no protection for intangible property? How can they feel comfortable going to engineers, designers, marketers, or anyone else that could help them develop their dreams, but is a likely candidate for theft.

If the law doesnt consider it property, then there can be no theft, and you have set up a free-for-all where anything goes. You have also destroyed the possibility for unconventional and out-of-the-box thinking by those inventors outside of the mainstream. In other words, you have destroyed the idea economy.

“Why should a person working out of their garage trust anyone with their ideas if there is no protection for intangible property? How can they feel comfortable going to engineers, designers, marketers, or anyone else that could help them develop their dreams, but is a likely candidate for theft.”

The transaction you just identified is almost never protected by intellectual property. Intellectual property does not kick in until after the idea has been developed. There is no reasonable reason to suspect that your lawyer, engineer, marketer or other contractual partner will run off with the innovators innovation because they should be contractually bound not to compete with the innovation prior to disclosing the innovation to these third-parties. Contract law, then, is the basis for ensuring that ideas are not stolen in this context.

Whether intellectual property in-fact provides a real benefit to the economy is a question open for debate. China appears to be doing just fine without it. Without intellectual property, companies identify ways to market their products so that they cannot be easily copied.

The casualty of a system without intellectual property would be the lack of transparency in communicating new ideas for others to use and build off of in the future. On the flip side, innovators would be free to come up with the idea regardless of who figured it out first.

Unfortunately, IP discussions seems to suffer from a overemphasis and over-reliance on the Lockean Proviso, which states that property is legitimate so long as there is as much and as good available. As I believe the Austrians have shown, this principle makes no sense. Property is required when there is scarcity. When the object is freely available to all (air) property serves no purpose. So what should we make of IP if the Lockean Proviso is abolished.

What is up with all the anti-Cato articles that have been circulating recently? This is like the fourth one I’ve seen. Is it really worth it to try to discredit an otherwise libertarian mouthpiece just because one or two rogue authors gets something wrong?

For whatever reason, I think someone’s got something against Cato, but why?

Josh, this is two years late, but the Anti-Cato stuff is because Cato falsely presents itself as libertarian. It is, in fact, efficiency expertise for the State and a subversion of real libertarianism.

It’s the libertarians who are the progressives, nowadays. The “progressives” stopped being progressive a long time ago.

Next post: The Intellectual Property Quagmire, or, The Perils of Libertarian Creationism