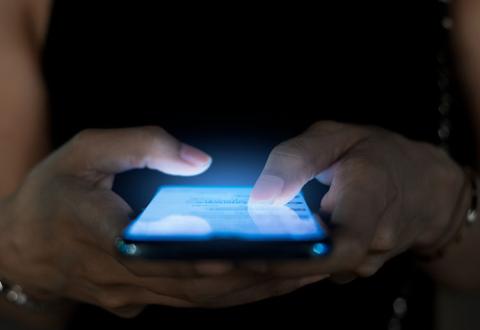 The concept of a pioneer’s advantage is based on a single, intuitive pillar: it takes time for knowledge to spread throughout society. When an entrepreneur mixes his existing knowledge and creates a new idea—in other words, innovates—he is the one who knows best about this idea he just invented. When materializing this idea, it is a fact that not everyone in society immediately knows about this innovation nor how it works. This gives the innovating entrepreneur a temporal head start before his competitors (1) learn about the existence of this innovation, (2) decide to reverse engineer it, and (3) learn how to replicate it and operate it as effectively as him.

In this way, we can indeed say that a pioneer advantage is some sort of “knowledge Cantillon effect.” The Cantillon effect states that money is nonneutral, that not all society is affected simultaneously by the injection of new paper currency. Thus, when new currency is minted, it follows a certain path in the economy, benefitting the early receivers more than the late ones. The early receiver benefit because they have a head start—a temporal benefit—of spending their money at a moment when the prices have not been altered by inflation. Thus, the earlier receivers become wealthier compared to late receivers.

Similarly, when new knowledge is created, it does not impact the entirety of society at the same time. Knowledge and information are thus “asymmetric” in the sense that not everyone knows everything. Those who “minted” this new knowledge have a temporal benefit—a head start—of putting it in practice at a time when their competitors have not even heard about it. As this new knowledge spreads throughout society, consumers flock to this innovative entrepreneur, and if his innovation satisfies them more than what his competitors offer, the entrepreneur will make a profit. With this expansion of capital, the entrepreneur is able to expand operations and build more of this innovation.

Losing consumers to this creative entrepreneur, his competitors suffer losses (this is what Schumpeter called “creative destruction”) and thus are forced by the profit and loss mechanism to seek a way to replicate the invention. This, however, takes more time, and by the time they have managed to reverse engineer it and begin building it, the entrepreneur has had considerable time and acquired enough new capital to expand his own operations and build several more replicas of his new innovation.

Assuming away intellectual property (IP) laws, as other entrepreneurs learn more about this innovation—in other words, as the knowledge Cantillon effect is spreading throughout society—they themselves will begin to improve this innovation in an attempt to replicate the breakthrough. When that happens, these entrepreneurs will themselves get a pioneer advantage in their own innovations.

Ultimately, the consumers are the ones who benefit the most in this innovative flying circus. Society is propelled forward entrepreneurs build on top of other innovations, create more and more knowledge, and expand more and more according to how much they satisfy the consumers.

This concept is extremely useful in solving one of the main objections to the repeal of intellectual property laws. When someone proposes ending laws that monopolize ideas, the very first objection raised is usually this one: “Well, big corporations will just instantly copy the entrepreneur!”

In fact, this was one of the first arguments made by Richard Epstein in his debate against IP lawyer Stephan Kinsella.

Without IP laws, the entrepreneur is not able to sit back and collect rent on his innovation, as his competitors are on the move to reverse engineer and improve on it. He’s forced to continually innovate, expand operations, and satisfy the consumers ever more in order to keep his business afloat.

With IP laws, however, there is no competitive pressure for the entrepreneur to continue improving his innovation. As the state blocks his competitors from reverse engineering his innovation, this entrepreneur is effectively granted a monopoly on the sector. As time goes by, the losses become overwhelming and most competitors go out of business, the sector becomes monopolized by a single entity.

A great example of an entrepreneur who innovated, had a pioneer advantage, and due to IP laws managed to create a monopoly is Steve Jobs and Apple, his company. Steve innovated with the iPhone and revolutionized the smartphone industry, causing the absolute downfall of Nokia, at the time the largest smartphone manufacturer. This is a practical demonstration of how pioneer advantages generate creative destruction. However, due to IP laws, other entrepreneurs weren’t able to improve or replicate the iPhone. This unfortunate reality resulted in a creative stagnation as Apple sat back and was relieved of being efficient by state law.

This monopolization of an idea due to state intervention resulted in the cartelization of the smartphone industry and an absurd concentration of wealth in Apple. Without IP laws, Apple would have still grown and profited considerably and Nokia would have still been knocked down. But other entrepreneurs would have been able to improve on the iPhone and replicate it, applying considerable competitive pressure to Apple. This would have birth a new, freer environment and would have never led to such a concentration of wealth in Apple. The company probably would have still been big, but nowhere near as big as it is now nor as creatively stagnant.

In summary, a pioneer’s advantage is the temporal head start an entrepreneur has after innovating, which grants him considerable time to build wealth and market share before this knowledge spreads to other entrepreneurs and they themselves start improving on and replicating the innovation. It goes without saying that this ultimately benefits the consumers, and society at large, the most.

Next post: Gary North on the 3D Printing Threat to Patent Law