Falkvinge: Refrigerators and Copyright: The Analogy 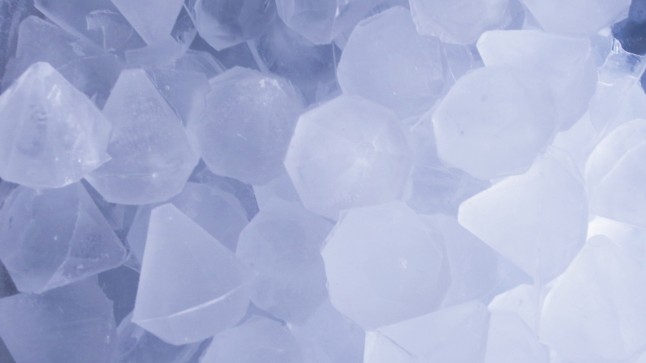 Nobody Asked For A Refrigerator FeeI live in Stockholm, Sweden. A hundred years ago, one of the largest employers in the city was a company named Stockholm Ice. Their business was as straightforward as it was necessary: help keep perishable food edible for longer by distributing cold in a portable format.

They would cut up large blocks of ice from the frozen lakes in the winter, store them on sawdust in huge barns, then cut the blocks into smaller chunks and sell them in the streets. People would buy the ice and keep it with food in special cupboards, so the food would be in cold storage.

(This is why some senior citizens still refer to refrigerators as “ice boxes“.)

COLUMN REPOST
This column has previously been published on TorrentFreak. It has been updated here to reflect recent developments.

When households in Stockholm were electrified in the first half of the last century, these distributors of cold were made obsolete. After all, what they distributed was the ability to keep food cold, and everybody could suddenly do that themselves.

This was a fairly rapid process in the cities. With the availability of the refrigerator from circa 1920, most households had their own refrigerator by the end of the 1930s. One of the city’s largest employers – distributors of cold – had been made totally obsolete by technical development.

There were many personal tragedies in this era as the icemen lost their breadwinning capacity and needed to retrain to get new jobs in a completely new field. The iceman profession had often been tough to begin with, and seeing your industry disintegrate in real-time didn’t make it any easier.

But here are a few things that didn’t happen as the ice distribution industry became obsolete:

Rather, the distribution monopoly became obsolete, was ignored, and the economy as a whole benefited by the resulting decentralization.

We’re now seeing a repeat of this scenario, but where the distribution industry – the copyright industry – has the audacity to stand up and demand special laws and say that the economy will collapse without their unnecessary services. But we learn from history, every time, that it is good when an industry becomes obsolete. That means we have learned something important – to do things in a more efficient way. New skills and trades always appear in its wake.

The copyright industry tells us, again and again and again, that if they can’t have their obsolete distribution monopoly enshrined into law with ever-increasing penalties for ignoring it, that no culture will be produced at all. As we have seen, equally time and again, this is hogwash.

What might be true is that the copyright industry can’t produce music to the tune of one million US dollars per track. But you can’t motivate monopoly legislation based on your costs, when others are doing the same thing for much less – practically zero. There has never been as much music available as now, just because all of us love to create. It’s not something we do because of money, it’s because of who we are. We have always created, ever since we learned to put red paint on the inside of cave walls.

What about movies, then? Hundred-million productions? There are examples of garage-produced movies (and one even has beat Casablanca to become the most-seen movie of all time in its native country). But it may appear true that the argument is somewhat stronger with the blockbuster-type cinema productions.

A recent article of mine dispels this, too; blockbusters can make double  their investment back before a digital copy can even exist in the wild, so it will not be an issue. Investments will  happen.

But I’m going go out on a limb here and say, that even if it is true that movies can’t be made the same way with the Internet and our civil liberties both in existence, then maybe it’s just the natural progression of culture.

I spend quite a bit of time with teenagers through my work with the Pirate Party. One thing that strikes me is that they don’t watch movies, at least nowhere near the quantity I did when I was a teenager. Just like I threw out my TV set 15 years ago, maybe this is just the natural progression of culture. Nobody would be surprised if we moved from monologue-style culture to dialogue- and conversation-type culture at this point in history. Immersive gaming stands out as an excellent candidate to replace movies.

After all, we have previously had operettes, ballets, and concerts as the high points of culture in the past. Even radio theaters (and famous ones). Nobody is particularly concerned that those expressions have had their peak and that society has moved on to new expressions of culture. There is no inherent value in writing today’s forms of culture into law and preventing the changes we’ve always had.

Everywhere I look, I see that the copyright monopolies need to be cut down to allow society to move on from today’s stranglehold on culture and knowledge. Teenagers today typically don’t even see the problem – they take sharing in the connected world so totally for granted, that they discard any signals to the contrary as “old-world nonsense”.

And they certainly don’t ask for a refrigerator fee.