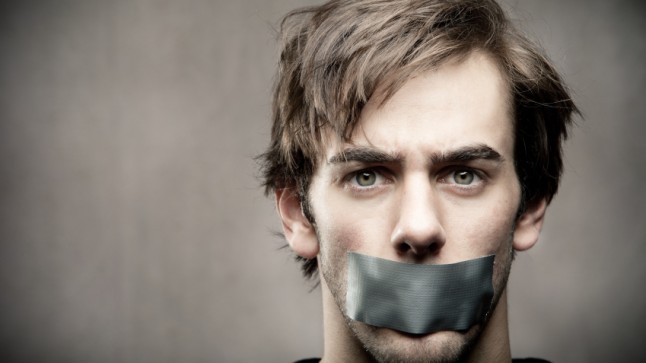 In an inadvertent slip, the European Commission reveals that ACTA will indeed bring censorship to the Internet. As usual, they say this in the calmest soothing tone of voice.

The European Commission, which is sort of the Administration in the EU, published a rebuttal to “rumors on the net about ACTA” and tries to set the record straight. Note the two first points: “ACTA ensures people everywhere can continue to share non-pirated material and information on the web. ACTA does not restrict freedom of the internet. ACTA will not censor or shut down websites.”

There is one word on their web page that stands out and reveals so much more about the nature of ACTA: “Non-pirated”. Everybody will be free to share “non-pirated” material. All of a sudden, there is a qualifier  to what information we are able to share on the net; this qualifier has never been there before. We have always been able to send whatever we like, and possibly answer for it afterwards.

This is very, very serious. For what it says here is that the net will only be usable for government-approved communications; the government takes itself the right to determine what the net is usable for and what it isn’t usable for. To 250 million Europeans who share culture and don’t see anything wrong with defying an immoral monopoly, this is an arrogant slap in the face, but it’s more  than that and worse  than that. Any qualifier  to what can be communicated — “non-pirated” in this case — always means “government-approved”, that only governmentally approved communications may take place.

And this is serious for the deepest of democratic reasons: Any communications technology must be compatible with dissent.

At the same time as the government takes itself the right to determine what can be communicated and what cannot, a communications technology stops being compatible with dissent.

Now, the prudent question here would be if it isn’t true that some information has never been free to share, and that you can get prosecuted for doing so? This would be a very relevant observation.

There are many things you’re not allowed to share in terms of information. Military secrets, medical journals, libel/slander, ongoing criminal investigations, just to name a few. All of these have always been possible to share on the net, but if caught doing so, you can be hauled off to court for it. After the fact.  The postal service has always still been usable  to share this information.

And yet, the one single thing listed as impossible to share over the net is violations of the copyright monopoly. If the Commission really was referring to things that you were legally  unable to share, you’d expect military secrets to come first, followed by governmental hush-hushy documents. But no.

This is an obvious slip trying to calm people into saying that everything will be as before, but the forced factual correctness of it reveals that we are indeed talking about censorship.

Another objection here would be that the language requiring ISPs to police the net was taken out of ACTA. That is… not quite so. The specific phrase requiring that was taken out in one revision, yes. But in the same revision, the same thing was re-inserted in another place. Specifically, this text was inserted:

Desiring to promote cooperation between service providers and rights holders to address relevant infringements in the digital environment;

It looks fairly innocent, like most legal text where you don’t have the full context. To fully appreciate the impact of this text, one needs to know the background leading up to it and the negotiations. Hax writes a bit about it here (in Swedish). The gist of it is that it’s enforcement of extrajudicial censorship, plain and simple, through threats of third-party liability.

ACTA will bring censorship. Extrajudicial censorship. At the request of a bloody entertainment  industry. That is shameful.

Tomorrow, Saturday February 4, large-scale rallies against ACTA take place. I will be at the rally in Stockholm, Sweden at Plattan at noon.