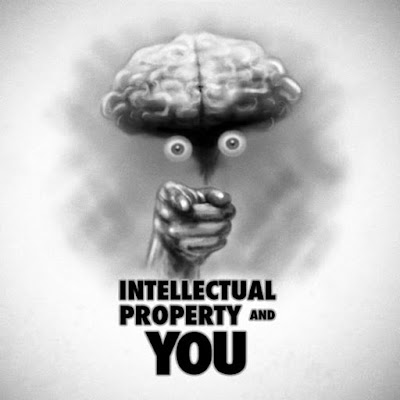 The UK has just changed its copyright-and-patent monopoly law to extend copyright to furniture and to extend the term of that copyright on furniture with about a century. This follows a decision in the European Union, where member states are required to adhere to such an order. This change means that people will be prohibited from using 3D printing and other maker technologies to manufacture such objects, and that for a full century.

The people selling these copies are not necessarily “scam merchants”. Everybody knows they’re copies and not Vitra or Herman Miller originals. […] But – is there really £6800+ worth of value in the Vitraproduct? Or are they just charging that because they can? Who’s the scam merchant?

A relevant question indeed. Where’s the real scam when something designed 50 years ago is suddenly off limits to 3D printing and home manufacturing, requiring people to buy it at a 2000% markup instead?
Read the full article by the good folks over at Private Internet Access (a great and important kind of company) covering this issue, here.
Looks like yet another reason to finally abolish copyright and intellectual property, if you ask me. The only ones who will really win out in the grand scheme of things with laws in place for IP and copyright are the state, lawyers, and special interests.
The concept of private property was created and evolved to more easily minimize, manage and settle disputes regarding who had just control over some resource(s) — be it land, real estate, raw materials, capital — or any other kind of actuallyeconomically scarce resource. Desperately needed information systems regarding the supply, demand, their meeting place of ‘price’, profit and loss (which reward or punish you for management or mismanagement of these valuable, scarce resources according to the demand of society) evolved further out of that concept.

Intellectual property and copyright create artificial economic scarcity by fiat when there is no natural scarcity. It’s a bastardization of the concept of private property, and is actually anti private property, since it gives individuals more power over your privately owned scarce resources than you, simply because of a claim on artificial scarcity given to an individual(s) by the State.
Imagine what society could be like if economically scarce resources were no longer scarce and could be copied like ideas, recipes, arrangements and blueprints? Imagine if we all had star trek replicators, how much better off society could be — if food, clothing, medicine, and so many luxuries could be replicated on demand at no or virtually no cost and how high the resulting standards of living would be for everyone? We would no longer have any, or at the most very minimal need for the concept of private property (other than to establish self ownership, or for some kind of currency still needed to pay for specialized labor, collectibles, ‘time’, and that’s really mostly it).
Unfortunately, we don’t have replicators for economically scarce resources, and we probably won’t for quite some time, if ever. We may, in some distant future, achieve economic superabundance (which would make these scarce resources relatively unbelievably cheap) — but this still doesn’t eliminate economic scarcity and the need for currency. However, we do have ‘star trek replicators’ for ideas, blueprints, arrangements and recipes — your mind and your will. By supporting intellectual property and copyright, you are supporting the state abolish the natural start trek replicator that is our right by birth and by the fact of existing.
Posted by Steve Lolyouwish at 9:12 PM